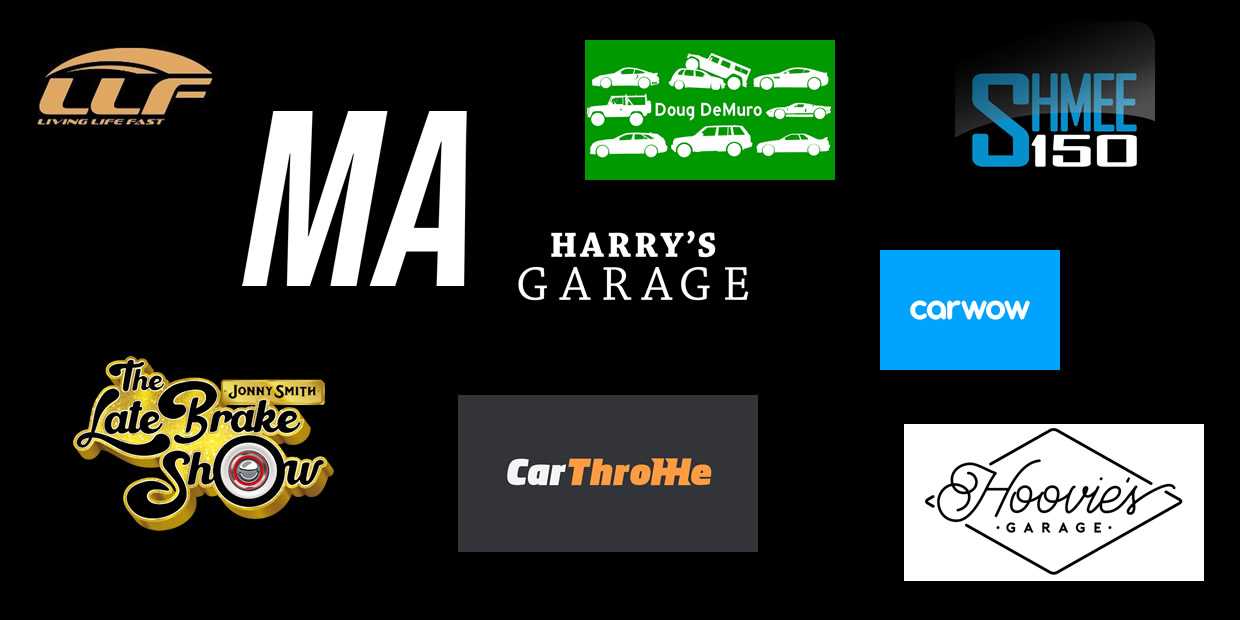 Harry Metcalfe has been described as the “David Attenborough of classic cars” on multiple occasions and his Harry’s Garage channel consists of many special cars. Some of these cars include a Jaguar Project 7, Lamborghini Countach, Ferrari Testarossa and so much more. In terms of his videos, they consist of epic road trips, restorations, car reviews and new car releases. Our favourite video by Harry was the epic road trip to the Artic in his 1969 Rolls Royce Shadow. We’ve probably watched all his epic road trips several times now and we never seem to get bored of them. It’s worth pointing out that Harry isn’t your average car YouTuber because he also has a farming channel that he regularly posts on too.

If you enjoy watching car “challenges” and “cheap car” road trips, the Car Throttle YouTube Channel is for you. The main people behind the cameras are Alex Kersten, Ethan Smale and Jack Joy and there is a great chemistry between the three. Our favourite series of videos was the “high mileage hero”, which was a Skoda that had driven over 400,000 miles. However, the Car Throttle channel offers a great variety of other videos for hours of enjoyment.

The Car Wow YouTube channel is hosted by Matt Watson and they create car related videos that caters for everyone. This is because one day they may be reviewing a Dacia Sandero and another day it’s a Bugatti Chiron. However, what makes Car Wow one of the best car YouTube channels are the drag races. From the latest hot hatches to 1,000 horsepower modified cars, they pretty much race anything. Included in the drag race videos are sound checks, a standard quarter mile, comfort and sports mode races as well as a brake test at the end.

Hoovies Garage is a popular YouTube channel that we’ve been subscribed to before it even reached 1,000 subscribers. It’s hosted by Tyler Hoover and he started the channel with a range of cars that he nicknamed the “Hooptie Fleet”. Unlike other car YouTubers that start to go viral, Tyler kept to buying abnormal or problematic cars and this is why Hoovies Garage continues to be a popular car YouTube channel.

If you want to watch videos consisting of heavily tuned modified cars, the Living Life Fast channel is for you. Ricky is the person behind the videos and its clear to see that he’s a true car enthusiast and a good driver too. The majority of his videos involve driving other people’s cars and as soon as Ricky gets behind the wheel, it’s great to see the owners reaction because they often get quite scared.

Adam is a car YouTuber that visits a huge number of car shows/meets and he films everything that he finds interesting. However, his most popular videos are arrivals and departures of the cars that leave the shows/meets. Unlike other car YouTubers, Adam is very knowledgeable with virtually any car and he can pretty much name and provide details of all the makes and models that arrive at the shows/meets.

Shmee (also known as Tim) started his channel back in 2010 with videos mostly consisting of supercar spotting in London. However, these days he owns an impressive fleet of cars that he nicknames the “Shmeemobiles” and he takes them on road trips all round Europe. Therefore, if you want to watch videos that mostly consist of expensive sports cars or supercars, the Shmee 150 channel is a great match.

The Late Brake Show is hosted by Jonny Smith (who many of you may know from Fifth Gear) and it’s a channel that consists of a wide variety of content. Some of the videos on the channel include barn finds, unique cars and collections, podcasts and so much more. We love his barn find videos and we highly recommend watching them first to get an idea of what the channel is all about.

If you want to watch in-depth car reviews that are carried out by a true enthusiast, Doug Demuro’s channel is a great watch. He’s another American car YouTuber with a huge following all around the globe. Unlike other channels that review cars, Doug’s are far more enjoyable to watch and he really does go into great detail with all the car’s features.

Mat Armstrong is a professional BMX rider but most people know him from his YouTube Channel. All of his videos consists of modifying cars or fixing up car’s that have been written off. Mat really goes into great detail with his modifications and repairs and it really does give you the motivation to do it yourself.

One of the smallest car YouTube channels listed within this article is the It’s Joel channel. We’ve included this channel due to the fact that it has the potential to be something quite special going forward. Joel has often been described as the “UK’s Tyler Hoover” (from Hoovies Garage) in the comment section of his videos and it’s clear to see why with the abnormal or problematic cars that he get his hands on.

As you can imagine, there are thousands of car YouTubers on the platform and some channels can become viral overnight. Our goal is to keep the above list of car YouTube channels up to date with the best going forward. However, if you feel that we’ve missed out any popular car YouTubers, please get in touch so that we can give them a watch.