An engine management light (often referred to as a check engine light) is present upon most modern cars and can be something minor or major. Below you will find everything you need to know, what causes it and how to reset the light. 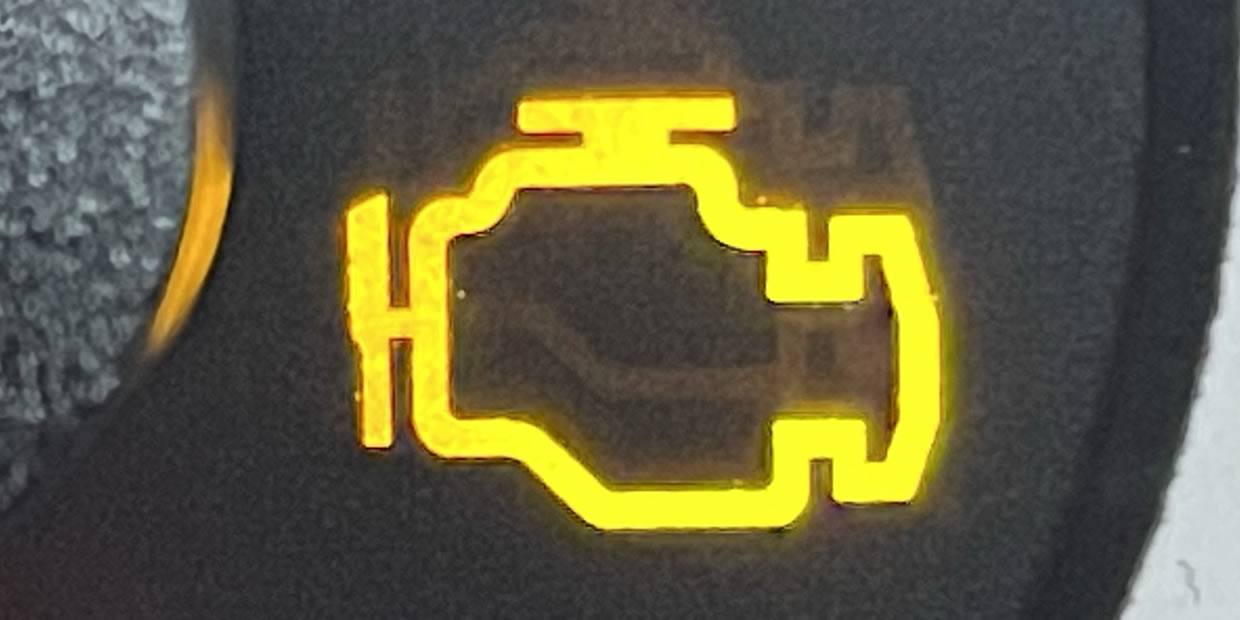 Although cars are becoming increasingly more reliable, they are also getting better at telling the driver when something is wrong. This means that the engine management light could mean a simple fix or even the end of your car.

How To Reset The Engine Management Light

One of the best ways to determine the cause of an engine management light is to plug in an OBD2 scanner. This tool will be able to read the error codes and also reset the engine management light once you have fixed the issue. Depending upon your luck, the fault may be a “one-off” but if its intermittent, you may have more investigating to do.

If you don’t have access to an OBD2 scanner or drive a car without an OBD2 port, there are some alternative methods of resetting the light. The most common is to disconnect the battery for 30 seconds. However, alternative methods include inserting the key into the ignition and turning it on and off three times.

Can You Ignore It?

Depending upon the severity of the issue will determine upon how long you can ignore it. For example, it may be as simple as a faulty fuel filler cap sensor or even a broken glow plug, which is only used during the startup. However, if the issue more severe such as a faulty fuel pump, it’s really not worth risking breaking down on the side of the road.

Is The Engine Management Light a MOT Fail?

What Are The Main Causes?

Due to modern cars needing to meet stricter emission targets, they have become even more complex. This has resulted in further sensors being installed, which increases the probability of them triggering the car’s engine management light.

The main sensors that should be tested first regarding exhaust emissions are the oxygen sensors because they are able to indicate whether the car is running too “rich” or “lean”.

For owners of diesels cars, the diesel Particulate Filter (DPF for short) can become a nightmare if they go wrong. Although there are plenty of DPF cleaner additives on the market, you still need to avoid short journeys or hours spent in traffic. Failing to do so may result in the DPF becoming blocked and the engine light appearing on your dashboard.

If you want to learn how to avoid blocking your car’s DPF, we have a guide regarding the causes of faulty DPF filters.

Another common cause of the dreaded engine management light is the mass airflow sensor (often referred to as the MAF sensor). In short, it’s designed to control the amount of fuel that’s added to the combustion chamber and work alongside the oxygen sensor by controlling the air flow to the engine. Without all this data, the car will really struggle to function and it will more than likely go into a “limp mode“, which enables you to drive home or to a garage.

Although great when you find out that it’s something not to worry about, the fuel filler cap malfunction can be very frustrating. It’s usually caused by a faulty seal from the fuel filler cap, which allows an air leak into the tank. This alters the fuel tank pressure and thus triggers the engine management light to illuminate.

Depending upon the age of your car, faulty fuel injectors can cause issues when they become blocked. If they are unable to squirt the desired amount of fuel into the combustion chamber, it will cause the engine light to appear. You may be able to use a fuel injector cleaner to clear the blockage but if that doesn’t work, they will need to be replaced.

As you can imagine, there is a whole list full of other potential causes of the engine management light appearing on your dashboard. For this reason alone, it’s strongly recommended that you invest into an OBD2 scanner. They are relatively affordable and allow you to pinpoint the exact issue before spending money on unrelated parts.

Depending upon your confidence of your car, you may wish to ignore the light until you are able to get it fixed. However, for complete peace of mind, we would always recommend fixing it straightaway just in case it causes further problems.