Home » How To's » How To Make Your Exhaust Pop

How To Make Your Exhaust Pop

Exhaust pops are a popular modification for many car enthusiasts and they are certain to put a smile on your face. Whether you own a naturally aspirated, turbo or supercharged petrol car, you will be able to make your exhaust pop and below we show you how. 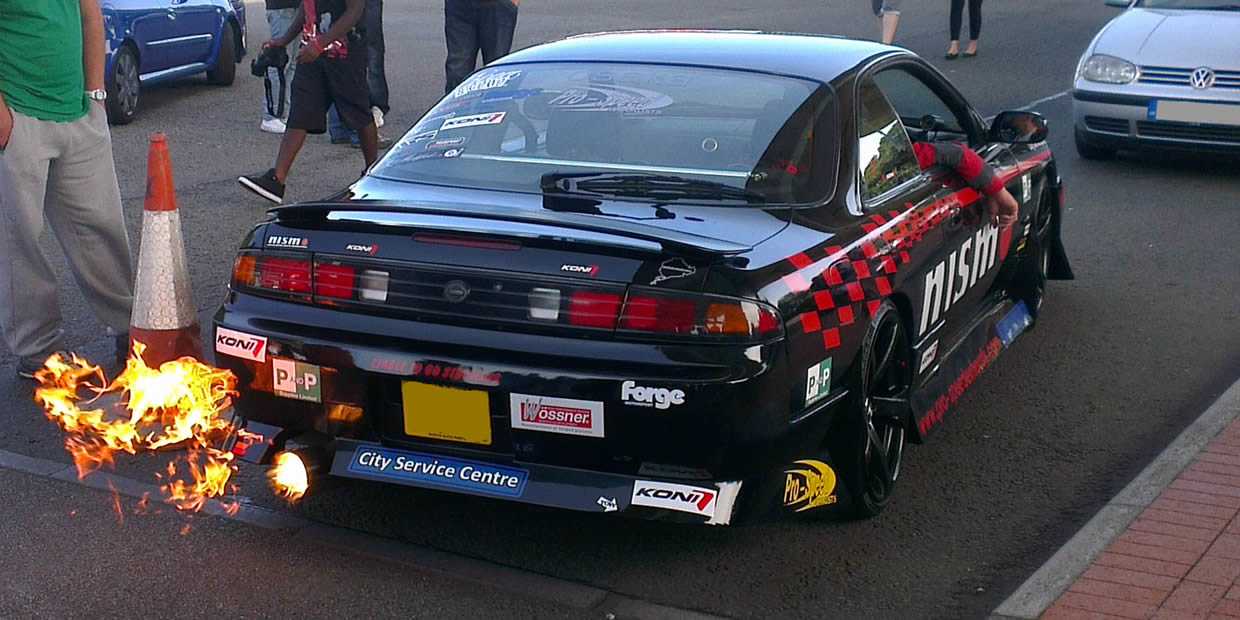 An exhaust that pops can be achieved in a number of ways and some manufacturers even provide certain exhaust modes that encourage it. For example, if you have ever driven a Mercedes AMG (a proper one!), Jaguar F-Type, Audi RS6 and so on, simply putting the car in a sports mode and lifting off the throttle may make the exhaust pop.

A common question that often comes up in a discussion is whether or not any car exhaust can be made to crackle and pop. In short, excluding diesel and electric cars, the majority of petrol powered car exhaust’s can be made to pop.

How Do You Make Your Exhaust Pop?

Depending upon the car you drive, your car’s exhaust can be made to pop using either of the two methods:

Upgrading your exhaust system can certainly make a big difference in terms of your car’s exhaust note. However, if you choose a system that’s non-resonated, you’ll be able to hear all of the unfiltered exhaust noises such as cracks and pops.

Whether you go for a custom system or a premium option such as those from Miltek or Akrapovic, as long as the system has its resonator removed, you will notice your car’s exhaust popping on downshifts and quick succession revving.

Modifying your car’s ECU with a pop and crackle tune is probably the most popular method. Depending upon your current setup, it often needs no other modification and the tune can be achieved using a remap or tuning box.

The pop and crackle remap works by altering the timing of the car’s ignition map in order to make the fuel/air mixture ignite later in the cycle. This tune won’t make your car faster but it does create the desirable exhaust pop.

Which Is The Better Option?

If you drive a performance based vehicle and already hear a slight pop, the upgraded exhaust route is often the best method. It also benefits from not having to modify the car’s ECU, which is a big bonus.

However, with that being said, a pop and crackle map is guaranteed to work for the majority of cars. Depending upon the company you use to perform the tune, many may provide you with selectable tune modes.

How To Encourage Exhaust Popping?

Is It Impossible For A Diesel Exhaust To Pop?

In short, you can’t make a diesel exhaust pop using the methods above because the exhaust system doesn’t get as hot as a petrol equivalent. This means that unburnt fuel leaves a diesel exhaust as black smoke.

However, if you want something that’s similar to exhaust popping for your diesel car, you may wish to look into a “popcorn” or hardcut limiter remap. This type of tune provides no performance benefit but it alters the way the engine behaves and sounds when the RPM limiter is reached. Here is a video of a MK5 Golf TDI that has had the tune added by a company called Darkside in the UK.

Although an exhaust that pops isn’t to everyone’s taste, it’s certainly something that puts a huge grin on your face. As long as your car isn’t producing a firework display out the back, a moderate exhaust pop is a great modification.