If you drive a modern diesel vehicle, it will more than likely require AdBlue in order to reduce its NOx emissions. However, those that are new to modern diesels may be thinking, what is AdBlue? Our below guide explains everything you need to know. 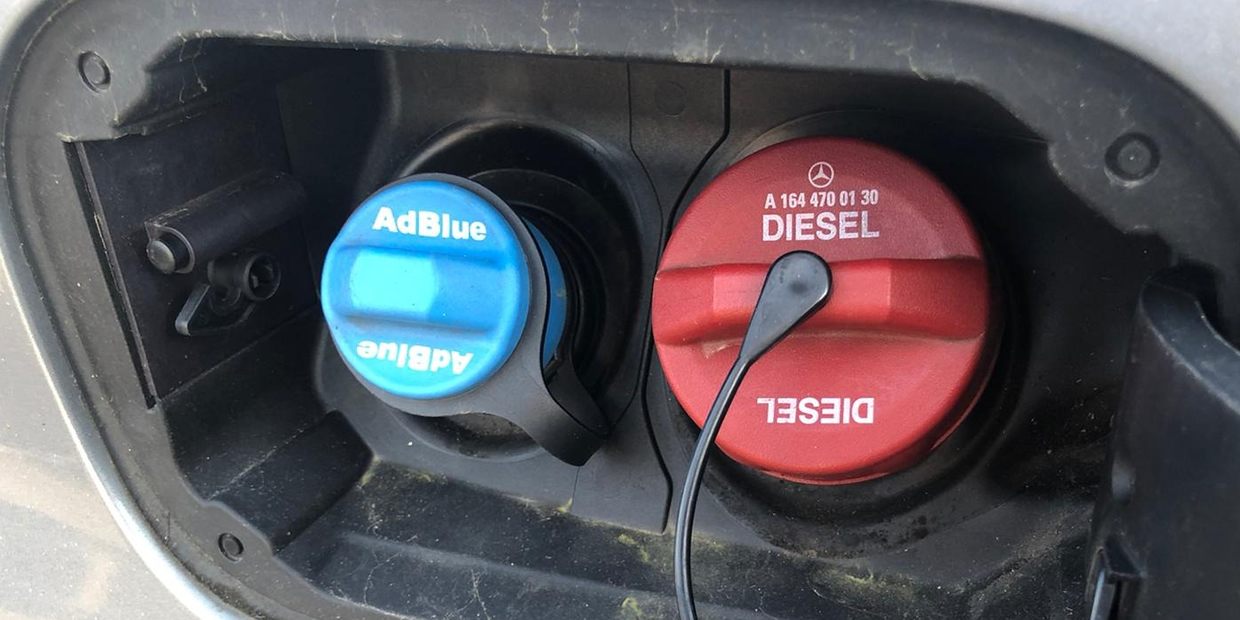 So, what is AdBlue? In short, AdBlue is a mixture of urea and deionised water that gets squirted onto the exhaust gases produced by a diesel vehicle. This has the effect of turning the harmful NOx emissions into nitrogen and water.

Which Cars Use AdBlue?

Due to the strict Euro 6 Emission Standards which was introduced in 2014, the majority of modern diesel vehicles will use AdBlue. However, many car manufacturers such as Audi, Volkswagen, Mercedes, Mazda and others have been using AdBlue for many years prior to the Euro 6 Emission Standards. However, it’s worth pointing out that some small diesel engines (under 1.6 litres in capacity) may not require AdBlue in order to meet the standards.

What Happens If I Runout of AdBlue?

Due to the fact that AdBlue needs to be topped up, you may be thinking what happens if you runout of it. Rather than your car just stopping altogether, most manufacturers will force the car to go into limp mode.

However, it’s worth noting that once you have turned your car off, it may not restart if the AdBlue tank is empty. Therefore, it’s for that reason alone that we recommend that you keep a bottle of AdBlue stored inside of your car.

Where To Buy AdBlue?

AdBlue is checked and often topped up when your car goes for a service but if not, AdBlue can be bought from most places. This include anywhere from the supermarket to most fuel stations and you can even buy it online too. If you are unsure which to go for, the Carlube CAB010 formula is the best AdBlue solution we would recommend.

How Long Does AdBlue Last?

In terms of how long AdBlue lasts once filled up, it really does depends upon the size of your car’s engine and the amount of miles you drive. Some examples of its duration include:

However, if you don’t travel that many miles between service intervals, you may not even need to fill the tank up yourself as this will be part of your car’s service plan.

How To Reset AdBlue Warning Light?

If you have recently topped up your car with AdBlue but the warning light still appears, there may be a few reasons why. The most common is that not enough AdBlue has been added to the tank. Most vehicles have sensors that require a minimum amount of AdBlue in order to reset the AdBlue warning light.

Another reason why the warning light isn’t resetting may be due to the fact that the sensor is faulty. If this is the case, you can scan for any error codes coming from the sensor by using a car diagnostic tool. Also somewhat linked to the car’s ECU is that some vehicles may need a software/firmware update, which will require a trip to the dealership.

What Happens If You Fill The Wrong Tank?

Due to the ease of filling up the AdBlue tank and the fact that it’s located right next to the diesel tank, there is a potential for you to fill the wrong tank. Regardless to whether you put diesel into the AdBlue tank or vice versa, you shouldn’t start the car but instead seek recovery to a garage. The incorrectly filled tank will need to be drained and refilled appropriately before starting the car again.